“Freight is a cost added to the price of goods.”  A simple economic principle, but when stated by Malcom McLean, one of the most prominent names in shipping container history, it was stated with a purpose.  Malcom had one simple idea, load your cargo at its point of origin, and unload it at its destination.  Seems simple right?  Unfortunately, before April 26, 1956 it wasn’t.  It was this day that Malcom loaded close to 60 reinforced steel truck trailers with the chassis and undercarriage removed, onto a military tanker to travel from Newark to Houston.  Though it didn’t receive much attention at the time, over the next 15-20 years it became the biggest development in shipping history since the introduction of the steam engine. 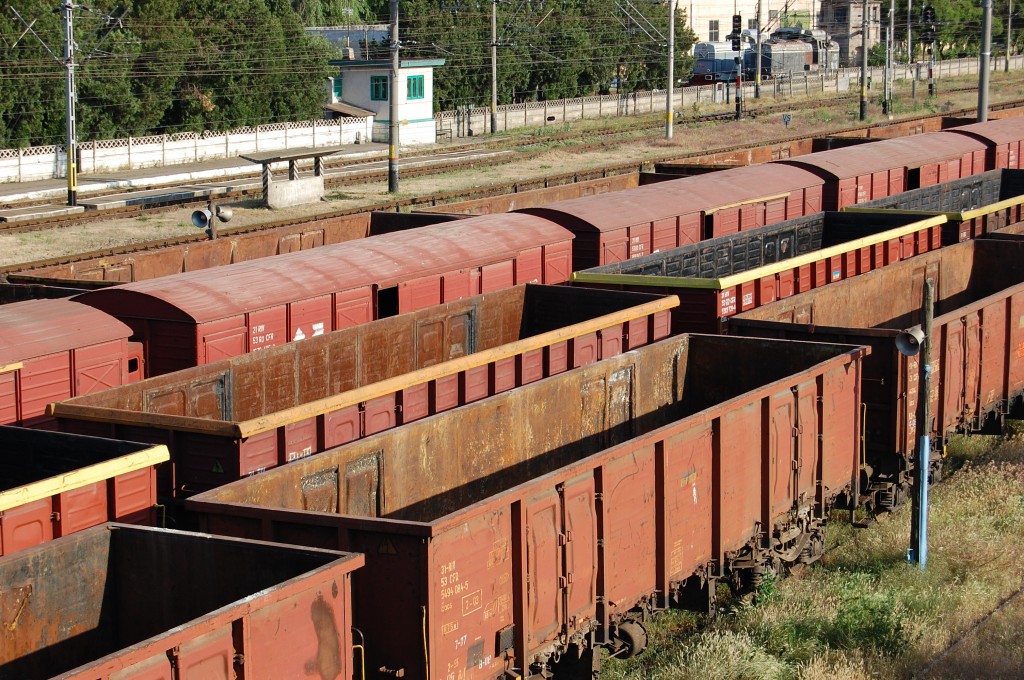 What we call a shipping or cargo container, also sometimes referred to as an intermodal container, has many other names as well.  You may also hear them called storage containers, freight containers, hi-cube containers, conex boxes, just plain “boxes,” ISO containers, and my personal favorite: sea cans.  McLean’s relatively simple vision of being able to load your cargo at its point of origin, and then unload it at its destination began with a series of 8’ wide, 8’ high containers that came in mostly 20’ lengths, with a few, less common 40 footers.  Other companies quickly began to show interest in this method of transporting cargo, and more, different sizes and shapes began to show up throughout the world.  The military also began to see the benefits of intermodal shipping and developed what they called “transporters.”  Transporters were a 8.5’ long x 6.25’ wide, and 6.83’ high reusable container made of durable steel and capable of carrying loads up to 9,000 lbs.  These were used to carry sensitive military equipment over long distances using a few different modes of transport.  They helped to protect against damage caused in transport, as well as theft and vandalism.  A few years later the military began using the term CONEX (short for Container Express,) to describe their “boxes.” These containers were then adapted into an 8’ wide by 8’high configuration with lengths available in multiples of 10’.  This easy to duplicate configuration increased in popularity and was readily embraced by other companies and became the first step in the direction of standardization.  Despite the popularity of the CONEX configuration it was not adopted by everyone, and the problem still remained there were still many different companies running dozens of incompatible configurations of containerized transport in the US alone.  This meant that at certain points in transit, cargo still had to be transferred meaning that time and money were still being spent on the very thing that McLean’s idea was designed to eliminate.

In the late 60’s and early 70’s the need for a global standardization of shipping containers and equipment was realized.  In steps ISO (the International Organization for Standardization) and made some game changing recommendations.  Over the course of a few years their recommendations standardized terminology, dimensions and ratings, and developed a clear system for identification markings.  They then standardized corner fittings, and minimum internal dimensions for most containers.  With international standards in place, containerization and intermodal transport began to dramatically reduce the cost of international trade, as well as increase the speed and efficiency with which they operated, thus reducing the cost for the consumer. 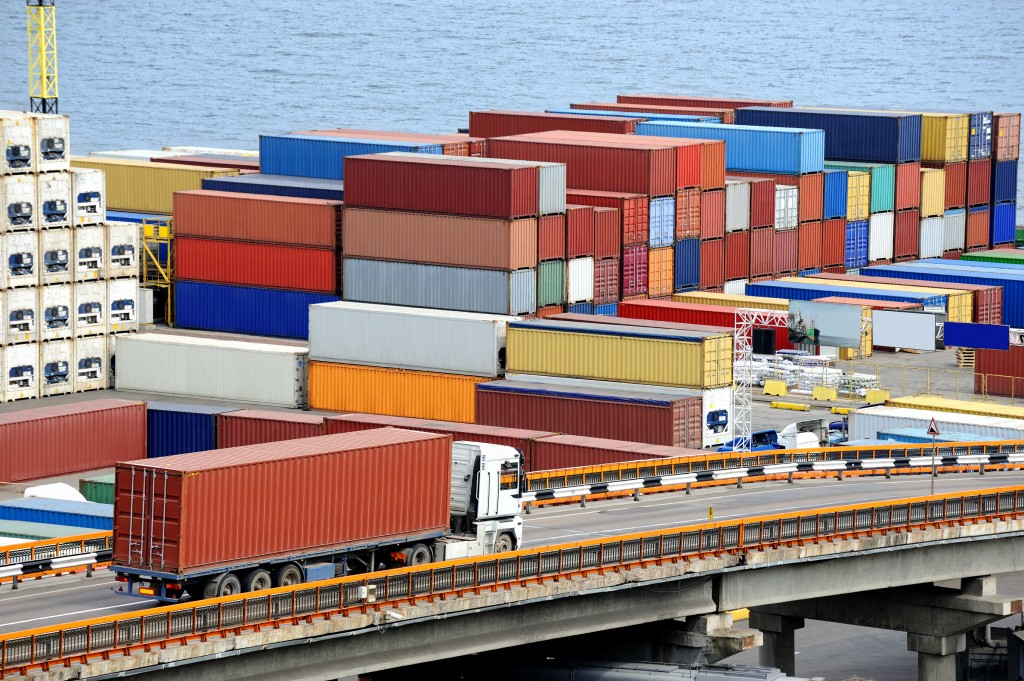 In the modern shipping age containers are still 8’ wide, and come in a few varying heights and lengths.  The most common, and most popularly utilized dimensions for containers today, are 8’ wide, 8’6” high, and most often 20’ or 40’ in length.  As you see a train go by, or pass a big-rig on the freeway, the majority of the containers you will see will probably be in one of these sizes.  Cargo containers are also commonly available in 48’ and 53’ lengths in most configurations, and a 9’6” height is also available, these are known as high-cube or hi-cube containers and there are quite a few combinations of container types and lengths available.

When shopping for a shipping or storage container one is often rushed into a world of terms that are passed around in conversation and used with little or no explanation.  This can be intimidating at times, which is why I have come up with a short list of some of the more common terms we use and defined them for those who may not be familiar with the language.

Different container sizes and types are generally defined with a short series of numbers and letters and as a first time container buyer sometimes this can get a little confusing, so Cherokee West Enterprises is here to help you keep things straight:

20IN, 40IN –    20’ & 40’ Insulated Container:  For cargo that requires moderate temperature control, this is essentially a refrigerated container without the cooling components.  These are primarily used for domestic storage.

20FR, 40SD –  20’ & 40’ Flat Rack Container:  Containers with no sides or top, may have end barriers (front and back) that fold down, or are fitted with fixed corner posts to secure cargo.

TEU – “Twenty foot Equivalent Unit”  This describes the standard cargo capacity of the average 20’ container.  This unit is inexact and doesn’t convert exactly into any other units of measurement  but is often used to approximate the amount of cargo space aboard a container freighter.

FEU – “Forty foot Equivalent Unit”  Often defined as two TEU instead.  Also, due to some of the inconsistencies in size a 45’ unit is often referred to as 1 FEU, or 2 TEU.

Abatement – A discount of the bill given sometimes for damage or just a simple overcharge.

Aggregate Shipment – Several shipments to one party that are grouped together and viewed as one.

Depot – A freight station, yard, or other designated area where empty containers are stored, repaired, and modified. 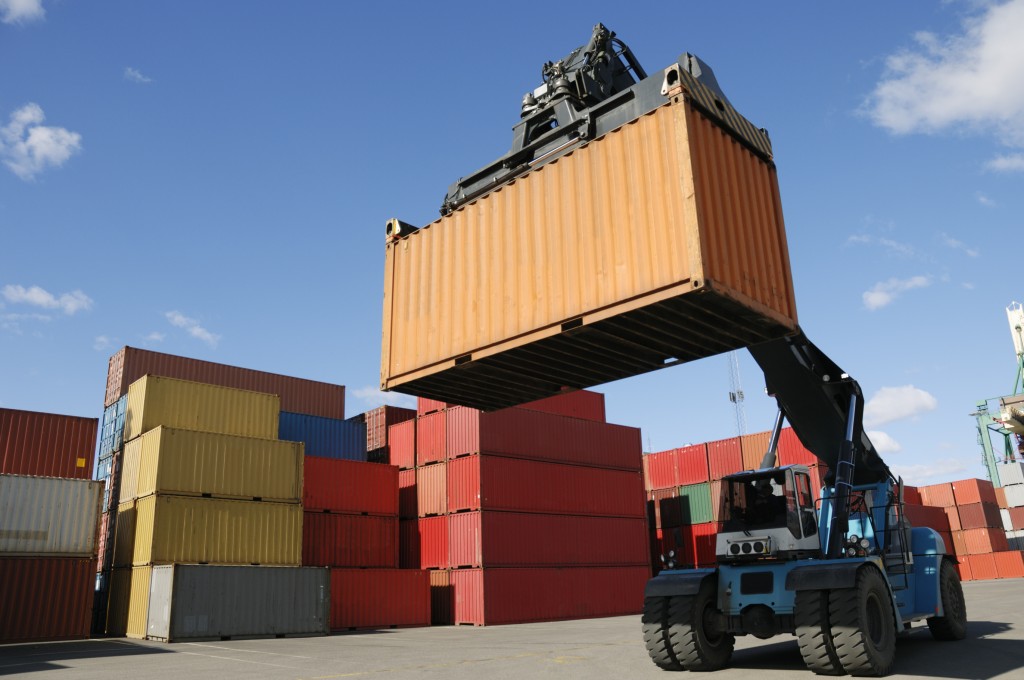 Throughput Charge – The cost of moving a container on, or off of a ship through a yard or depot.

All-In – Includess all charges associated with the sale of a container including tax & delivery.

Drayage – The cost of local delivery, or hauling by truck or dray

Spreader – A machine or piece of equipment made to lift containers by their castings on the corners.

Rag Top – Another term for an open top container with a tarp cover.

These are just a few of the many most common terms one might hear when venturing into the shipping container world.  Whether on the phone, on the page, or coming out of the salespersons mouth there is a lot to keep track of, but thankfully Cherokee West Enterprises is here to help.  You can count on our sales/logistics team to be professional, friendly, and attend to you needs in every way they can.  If you have questions, or perhaps something to add, feel free to leave a comment below or fill out our free online quote form for more information.